Hammerfest, Canterbury, Fairbanks, Aarhus, Bolungarvik, Cusco, Curitiba, Dar es Salaam, Amsterdam, Harare, Jiujiang, Izmir, Vinnytsia, Opole, Scalloway, London, Mascara, Lalitpur, Kota Kinabalu and Florence are cities around the world that have a connection with Real Sociedad. A link that will explain today after several days of enigma in Twitter, because how many followers have the Real Sociedad on social networks? Where are they? How many are they? Who are they?

With this post we start a series in which we will try to answer these questions, as we have done in the past when we tried to map the members of Real Sociedad from Gipuzkoa based on the information provided by the club.

Now, we want to go one step further and analyze other sources of information the own, as we understand that the supporters of of Real Sociedad are certainly much wider than those paying their annual membership subscription.

Let us start from the outset. We have located around 900,000 realistas on Facebook,; Instagram (on the last open account), nearly 6,000, while in Twitter, Real Sociedad has more than 300,000 followers divided in the three different languages used by the club to tweet. (es|eu|en). Twitter has an api that allows access to the profile information of all those users. Of course, one word of caution is needed. Not every follower of Real Sociedad in the different networks needs to be a fan or supporter of the club. On the other hand, there will be Real Sociedad fans who do not follow the club in the social networks.

David Moyes arrival to Anoeta’s dogout has propelled Real Sociedad, at least for now, to the sports pages of many important European newspapers. This series of tests will also begin abroad, with a look at the account in English. RealSociedadEN was created in the last trimester of 2014 and has about 7,000 followers. But where did they?

Another analytical tool at our disposal, via twitter, is the location included in the users’ profile This is an optional setting for each user. Moreover, it is necessary to note that users can change their location or simply lie about it, which may affect the validity of the data. However, it is plausible to say that most users tend not to do that. It is also possible to discard some of the users that use fictitious places such as Mordor or Winterfell, so that they are not included in our analysis. Secondly, some users write Donsotia or (if corrected, help us 😉 ); There are also those who locate themselves at several places (Arrasate-Madrid and Bilbao-London); and finally there are those who choose for not fill in this field.

Taking all this into account, to bring this data to a map we used an automatic geocoding service. Still, this method is not 100% accurate. Also, there are cities with identical names and For all these methodological reasons, we are very clear that our data cannot claim to be scientifically valid and reliable. However, we would argue that this can still serve to offer a significant overview of who Real Socidead’s followers in twitter are. Our findings show that there are people following Real all around the world. From the northernmost habited point in (Hammerfest) to the southernmost in New Zealand (Canterbury), passing through cities of Zimbabwe, Peru, United Kingdom, Ukraine, India, Turkey, Tanzania, China, Poland, United States, Malaysia, Brazil… All these places, have something in common with Real Sociedad: In each one of those there is, at least, one registered follower of the @RealSociedadEN account. 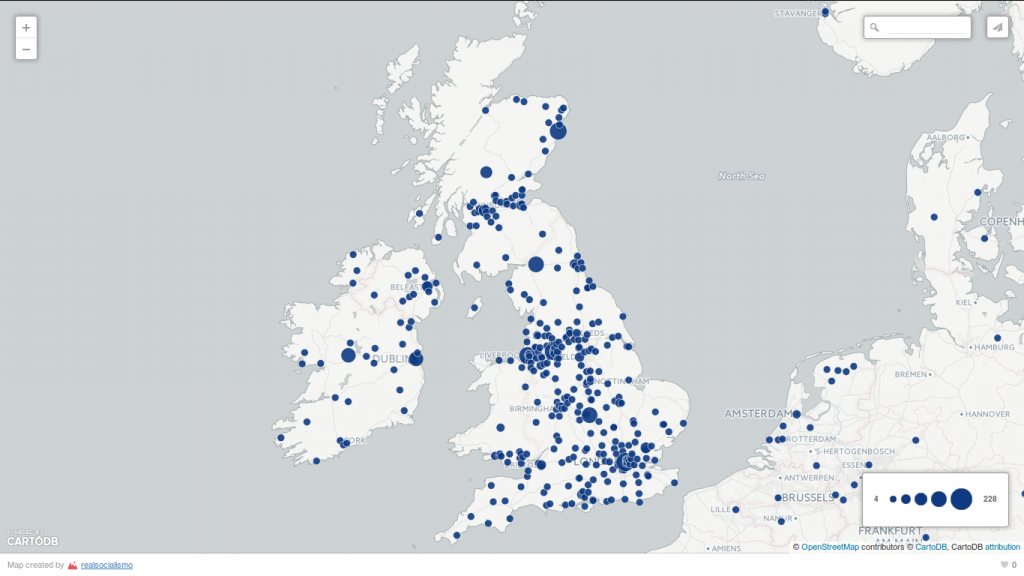 In the case of the United Kingdom, there are three areas which we must mention: Greater London, area Manchester-Liverpool and Glasgow-Edinburgh. Perhaps after a Europa League matches, also the city of Aberdeen as a particular case. 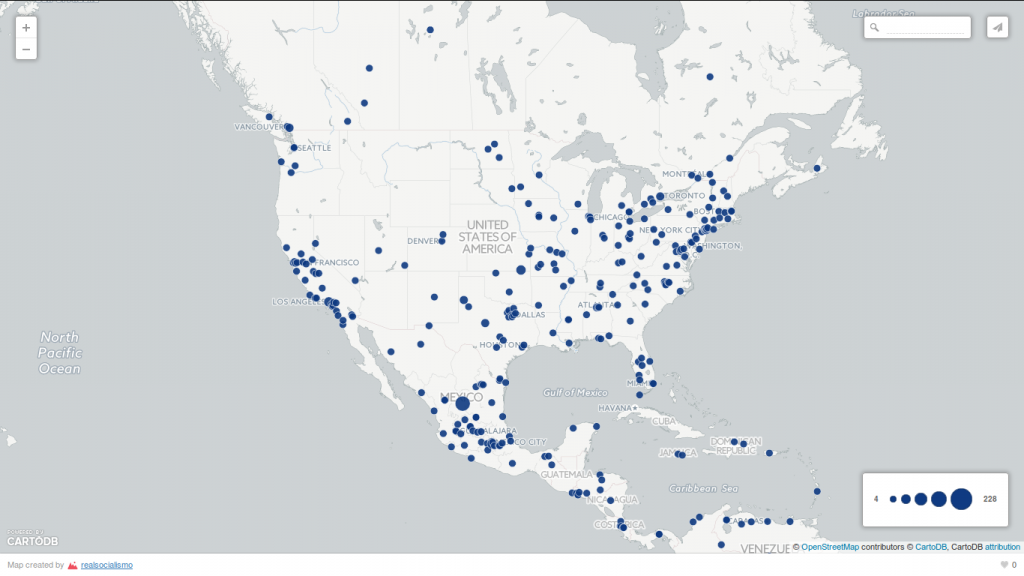 Emphasise in populated areas of California, East Coast and the central part of Mexico. 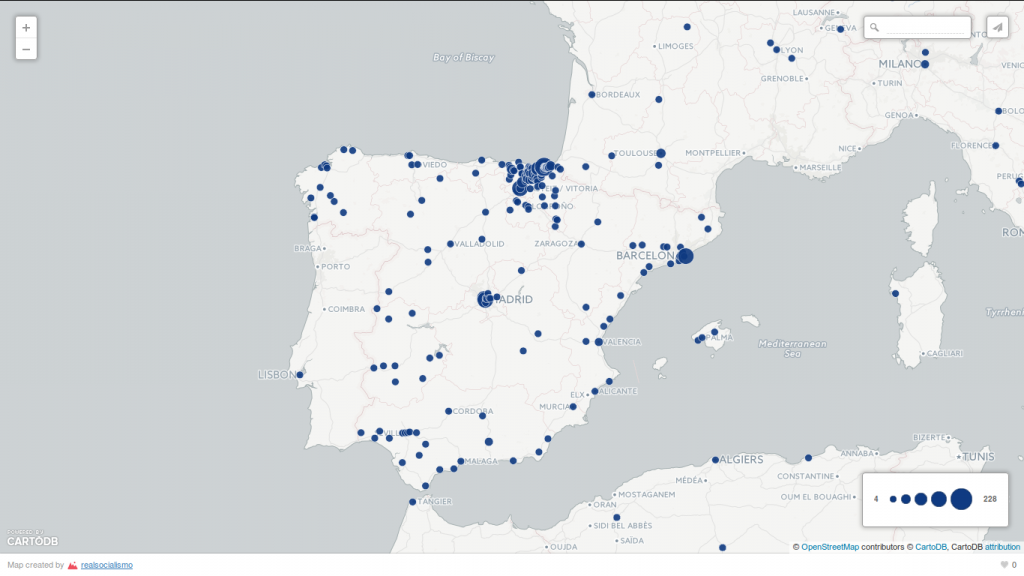 Where are @RealSociedadEN followers from? | Create infographics